Why do you need an EPA (ESD Protected Area)?


Why do you need an EPA (ESD Protected Area)?

EPA or ESDPA stands for Electrostatic Discharge Protected Area and is defined as an area or space that is supposed to be free from static discharge. An EPA is a space where the discharge from the static electricity is minimized by various methods. It can be just one workstation or a room containing several different workstations. It can be portable as well like the one used in a field service situation or permanent.

Electrostatic Discharge, on the other hand, may be defined as unsuspected flow of electricity caused by contact between two electrically charged objects. Static electricity is present in our surroundings at lower levels that we may not sense or feel but can cause destruction to sensitive electrical devices by an unexpected rapid build-up on articles producing high voltages. 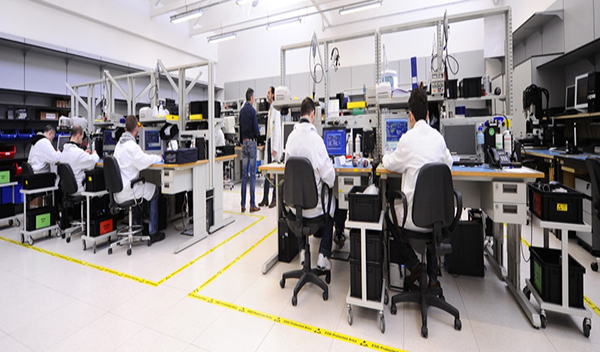 Why ESD protection is needed?

ESD can cause undetected damage to electrical components and devices that are quite sensitive to static discharge. It can occur during the manufacturing process of electronic assemblies and pieces of equipment. The effect of ESD can be either way- immediate or delayed. If the damaged component fails immediately, the result can be a board that fails tests and requires rework representing lost production and additional manufacturing costs. Static discharge can cause partial damage, reduced performance, malfunction, or reduction in lifespan of the device.

The need for EPA can be well understood once we come across the severity of the damage caused by electrostatic charges to the electrical components. The industry classifies the damage into 2 categories-

Catastrophic failures -  Unrecovered damage of a product, which cannot be detected while inspection and testing.

Latent defects - Partial damage to the products, but over the time the damaged component may cause poor system performance. "However latent defects are virtually impossible to prove or detect using current technology, especially after the device is assembled into a finished product."

Robato system is providing a complete solution for the protection of EPA from the damage caused by static charges. ESD access control solution not only discharges the static current of the personnel’s working in EPA but also verify the presence of static charge in the user bodies through turnstile gates. Moreover, access is given to only registered users, which helps in maintaining records and enhance safety of the EPA.

"Electronic items continued to become smaller, faster and their susceptibility to static damage increased. All electronic devices required some from of electrostatic control to assure continued operation and product reliability. The evolution of technology leads to devices being even more sensitive to ESD.Therefore the need for ESD protection area is now becoming more important than ever.

Why ESD verification is important before entering to production floor?

Get all latest content delivered straight to your inbox.

Receive the latest news about our services & products